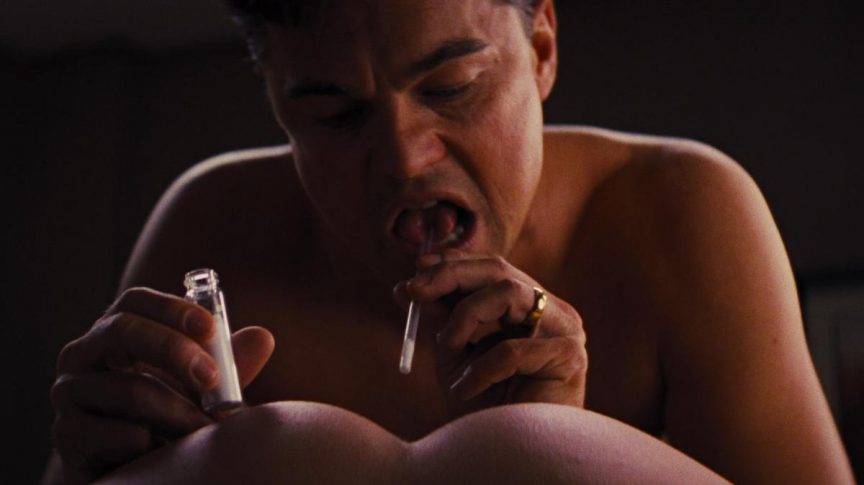 Skeptics will tell you that drug abuse is the main cause of 27 Club deaths. But is that true?

Do celebrities die more frequently from drug abuse? Or perhaps they just have greater wealth, and access to more vices than everyone else.

The 27 Club is the popular term for a group of musicians that all died relatively young, many under mysterious circumstances, often from drug overdoses. The 27 Club legend is more than a century old, however the phenomenon is more of a modern development. Some say these deaths are just a result of their rockstar lifestyles and illegal drug use.

Others say that there’s a sinister cabal in the world, controlling society and periodically sacrificing celebrities to feed on the fans’ grief.

Is the Illuminati responsible for their deaths? Are they getting pop stars addicted to drugs, so they can control their fates?

Famous Drug Overdoses in the 27 Club

Of the scores of 27 Club members, many have died of drug and alcohol abuse.

Some people, like psychologist Stephanie Sarkis, think that 27 years may just be the point where young drug users have their bad habits catch up with them. She wrote in the Huffington Post that people who have been abusing drugs since their early 20s (or late teens) have built up a tolerance to them by their late 20s. They will, of course, be using much more of their drug of choice to get the same results. That leads to a dark place.

Let’s discuss a few of those famous 27 club members, and their drug related deaths.

The brilliant Nirvana frontman was heralded as the voice of a generation in the early 1990s, the vanguard of the Seattle “Grunge Rock scene”. As the band’s popularity grew, Kurt Cobain became weary of fame, and picked up a heroin habit after dealing with an injured back.

Although coroners ruled his death a suicide, the autopsy revealed that he had an insane amount of heroin in his body at the time of his death.

Authorities believe he shot himself in the head with a shotgun, but many say that someone killed him, and then made the scene look like a suicide. Some even point the finger at his estranged wife, Courtney Love, singer in the Grunge band Hole.

It was discovered during his autopsy that his blood level contained 1.52 mgs of morphine per liter, which is 3 times a lethal dose of heroin, even for serious heroin addicts.

Which begs the question:

Finally, if the conspiracy of Cobain interests you, then check out Soaked in Bleach or Kurt & Courtney. They are two controversial films that further explore his mysterious death. Only two months after the death of Cobain, Courtney Love watched heroin take another close person from her.

Kristen Pfaff was the bass player from Love’s band, Hole. When the band blew up in 1993, her drug problems worsened, and she left the band in Feb 1994, moving back to Minneapolis. There, she entered drug treatment, and joined another band, clean and sober. Sadly, after a tour with her new group, she went back to Seattle to retrieve some of her things, and fell back into her old habits, dying of a heroin overdose. One of the most popular singers of the new millennium, Amy had a passionate yet vulnerable voice, and a chaotic personal life. Her biggest hit was about her handlers trying to maker her go to rehab. I think you know what she said. Authorities blamed her death in 2011 on alcohol poisoning. Her brother has said that he believes an eating disorder contributed.

If you’re interested in the death of Amy Winehouse, then we recommend that you watch “AMY“, a self-titled documentary that shows the hopelessness and inevitable doom of her life.

Brian Jones was the founding guitarist for the Rolling Stones. His death certificate says “Death by Misadventure“, which is a very British way of saying that authorities found his body floating in a pool, full of drugs and alcohol. His heart and liver were enlarged from years of abuse.

Hendrix redefined rock guitar in the late 1960s. He took rock n roll, blues, country, and soul styles, mixing it with jazz improvisation. Then, he threw in some psychedelic visions and the first effects pedals and Marshall amplifiers, and created a template for a generation of guitar players around the world. Although he claimed that he had quit using drugs publicly, Jimi’s death was blamed on barbiturate overdose. Furthermore, alcohol, barbiturates, amphetamines and cannabis were found in his system. He choked on his own vomit, from the barbiturate poisoning, a horrible way to die. The Texas soul singer lived a life of private pain. For the most part, her childhood was difficult, and music was her only solace. In spite of her fame and the trappings of success, Janis was a very sad and lonely woman. Due to these factors, she sought solace in alcohol and drugs. She died alone of a heroin overdose in a Hollywood hotel room. The wild frontman of The Doors was known as a party animal. There are many stories about how Morrison would take almost any drug, given to him from anyone, at almost any time. There was a lot of careless optimism in the late 1960s, but Morrison’s behavior was reckless, to be certain. Jim left California, wanting distance from the drug scene he helped create, and then, ironically, died alone in Paris. His girlfriend found him dead in the bathtub. The coroner did not list drugs and alcohol as the cause of death. However, the Paris authorities never performed an autopsy.

For the conspiracy minded, it is notable that he died exactly two years after Brian Jones, and around nine months after the deaths of Jimi and Janis.

These celebrity deaths were all drug related, even though overdose wasn’t reported as the cause of death on every death certificate.  Not to mention, they all died at 27 years old. A Life of Excess

Tragically, many celebrities are unable to delay gratification. Often, they surround themselves with “yes men” and sycophants.

It is a recipe for over-indulgence and reckless behavior.

Celebrities and rockstars enjoy great praise, and their fame opens many doors. Everywhere they go, people agree with them, buy them drinks, offer them drugs, and basically blow sunshine up their asses.

Naturally, this is going to lead to some stupid decisions, hurt feelings, injuries and deaths. In the dark corners of the Web, there are conspiracy theorists who claim that there exists a secret group of so-called Illuminated men know as the Illiminati. Furthermore, they say this group controls the world with banks, businesses and bureaucrats. They engineer events behind the scenes, and they secretly created all of human history.

Conspiracy theorists say they control the illegal drug trade, and ensure hard drugs get to the streets in every city in America and the world. They control all nations, all currencies, all media, all large companies, and all religions.

Using drugs, extreme trauma and abuse, they create split personality “agents” within innocent victims. They can then turn that blank slate personality into an assassin, a sex slave, or even a great actor or pop singer and performer.

The mind control slaves serve these elite masters, and if their programming weakens, they are executed. Sometimes the method of execution used by this hidden cabal is drug overdose.

Mind Controlled and Enslaved By Drugs

This secret elite doesn’t just use drugs to control influential celebrities, but the masses as well.  Even more so, the irony is celebrity drug use influences drug use among the regular folks, too. Surely, rampant drug abuse breeds a mind-controlled, enslaved society.

In the modern world, many of us are imitators, mimicking the behavior of our idols. This can be both beautiful and terrifying. You must choose your heroes carefully.

Nevertheless, celebrities are lured into situations that makes them surrender their control. Elvis Presley is a great example. His manager controlled him with heroin and pills.

Many musicians and other celebrities live a life of managers, handlers, hotel rooms, limos, jet planes, and little personal control. In this dangerous life of excess, fame becomes a dangerous beast that puts their souls on the line. Say “No” to the Influence of Drug

The rockstars of the Forever 27 Club are immortal in reputation only. These stars burned brightly, and briefly. Many members of the 27 Club died from alcohol and drug abuse. It’s tragic that people capable of creating such beautiful and widely-loved music are can also feel so alone and isolated that they turn to drugs.

To that end, it is fun to examine these theories about the world of pop culture, however, we must caution our readers to remain optimistic and hopeful. It is your greatest protection from the evils of the world! Don’t let soulless, drug addicted musicians, with their hedonistic rockstar lifestyles, pass their bad habits on to you.

In addition, PLEASE stay away from hard drugs and hard liquor. They are profane. Try to stick to the natural world for your pleasures. Human interaction, visceral experiences, and intimate connections with your loved ones remains the greatest drug you will ever find.

Is the 27 Club just a list of wild-living musicians, who merely happened to die at the same age?

Are their deaths the result of mere foolishness, or did secret Satanists plan them?

Let us know what you think in the comments below.

Tell us your opinions. We want to know.